When You’re Asked About Cults

From Easily Fooled by Robert Fellows

The two questions that I am asked most often about cults are “How can you tell if a group is a cult?” and “What can I do if I know someone who is in a cult?”

In asking the first question, people usually mean “How can I tell if a group is destructive?”  A group can be deviant or heretical in its beliefs without being destructive.  A group can also be destructive without holding particularly unusual beliefs.
Psychologist Michael Langone has defined a destructive group as one that employs any or all of the following tactics:
1. Manipulation and deception
This technique is seen especially in recruiting new members.  For example, someone has a “business proposition” for you, but they won’t tell you exactly what it is until you come to a meeting.  Then it turns out to be a familiar direct sales scheme.  Or a group says it’s not a religion when recruiting new members, but claims to be a religion at tax time.
2. Exclusivity
The group claims or implies that it has the only right answer to a specific question or problem.  An example might be an anti-war group that will not appear on a panel with other anti-war groups, but only do a presentation by themselves because the other groups “do not have the right solution to the problem.”
3. Psychological or financial exploitation
Some indications of this manipulation are that the member is spending a lot of money on the group, borrowing money, or donating a lot of volunteer time to the exclusion of other pursuits.
4. Totalitarianism
The members are expected to think, feel, and act in a manner prescribed by the group—all the time.
5. Psychological damage to the member or to his or her family
This is seen especially with groups that try to separate members from their families, either physically or emotionally.
A group can be destructive without claiming to be a religion or to offer a new self-improvement method.  Rather than attempting to determine if a group is a “cult,” I try to get people to see how any group or even a relationship between two people can be destructive to personal freedom if it is manipulative.

Before attempting to follow any of these suggestions, it is most important to do an assessment of the presenting situation. Get the help of someone who is qualified, and determine what the underlying problem really is, and how it may or may not be a case of cultic manipulation. If it is appropriate to your situation, then the techniques for communicating with those who are involved in manipulative groups or who have undergone a sudden personality change consist primarily of:
It is most important to keep lines of communication open.  If you are the member’s friend or family member, leave the door open for him or her to come back at all times.  Use active listening and remain calm.  Make sure the member knows that you are really listening.
Make “I statements” about your position and feelings.  You can say “I am uncomfortable about this group,” but avoid arguing the group’s philosophy.
The member will have plenty of ammunition to combat such arguments.  Generally it is advisable to avoid ultimatums, orders, force, punishment, or rewards for leaving the group.  Don’t try to buy the member’s mind.
Communication with family and former friends is important for reintegration into life away from the group.  Talk about the member’s past, former relationships, and life before the radical change.  Maintain communication with others in the member’s life as you counsel him or her.
Keep arguments about the beliefs of the group to an absolute minimum.
This is especially difficult to do.  Avoid polarization, name-calling, and even the use of the word “cult.”  Remember: deviant or heretical views by your standards are not necessarily destructive.  Try not to deny others’ desires for spiritual meaning.  Remain open-minded and avoid rigid positions.
Instead, focus on the restriction of free choice due to manipulation and deception.
Learn about the group in question so that when absolutely necessary you can discuss it intelligently with the member.  To learn about the groups beliefs, you can read the group’s own literature. As you do so, stay in conversation with an expert on cultism. You do not want to be influenced by the group yourself!
If you seek a therapist, choose one who is experienced in cult counseling.
Be aware that victimization by cultic manipulation is different from mental illness. Avoid therapists who use coercive deprogramming techniques or who employ psychologically dangerous models of therapy.  If you consult with lawyers, make sure they are familiar with cult-related litigation.
Limit your personal involvement with the destructive group.  Don’t underestimate its ability to convert you.  It is usually best not to lend or give the member any money.  This will be difficult for close friends and family members, just as it will be difficult to make clear “I” statements about your discomfort.
It seems to be most effective to take a moderate position, focusing primarily on manipulation and deception in destructive groups, rather than on the perceived irrationality of their belief systems. 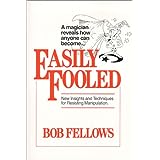