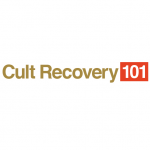 Our associates are consultants, psychotherapists, and counselors, many of whom themselves are former cultists or have been exposed to destructive cults or other coercive influence techniques.

They have specialized training and/or experience working with people who may have been harmed by individuals and groups.