What are the psychological effects of losing your religion? 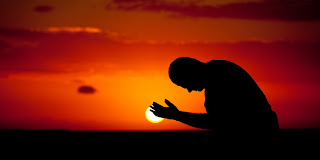 For many, their religion is a core part of their identity, the meaning they find in life, and their social world. It seems likely that changing this crucial aspect of themselves will have significant psychological consequences. A devout person would probably predict these will be unwelcome – increased emotional distress, isolation and waywardness. A firm atheist, on the other hand, might see the potential positives – perhaps the “deconvert” will grow in open-mindedness and thrive thanks to their newfound free thinking and spiritual freedom.

A new study in Psychology of Religion and Spirituality is among the first to investigate this question systematically and over time. The findings, which are focused on Protestant Christians, paint a complex picture. At least for this group, there is no single pattern of changes associated with losing or changing one’s religious faith, and the predictions of both the devout person and the atheist are, to some extent, accurate.

Harry Hui at the University of Hong Kong and his colleagues asked their Christian Protestant participants, all Chinese, to complete the same set of psychological questionnaires on six separate occasions over a three-year period. These questionnaires measured their personality, values, beliefs and psychological symptoms.

Hui’s team were most interested in any psychological changes that were different in kind or magnitude between those who lost or changed their religious identity and those that kept it (they ensured both groups were matched for gender and age and student status – a majority of both groups were students).

Perhaps surprisingly, there were no clear differences in personality change between the continuously religious and those that lost or altered their religious identity (for some reason the sample as a whole showed some decline in extraversion and agreeableness over time, but this was no different for the two groups). In terms of values and beliefs, the religious exiters increased more in “fate control” (believing that fate governs what happens in life, but that it is also possible to intervene in this process); and not surprisingly, they also showed a sharper decline in religiosity.

The most striking difference between the groups was that those who lost their Christian Protestant identity showed much greater variation in their mental well-being over time. About half of the “de-converts” showed a reduction in depression and anxiety compared with the consistently religious group, and about half showed a greater increase in depression and anxiety, although within these broad strokes were further variations in their precise emotional “trajectory”. The de-converts as a whole also showed a greater improvement in their sleep than the consistently faithful.

“Any theory asserting that all faith exiters change in the same way should be viewed with suspicion,” the researchers said. “Religious disengagement does not reduce anxiety for all faith exiters; however a reduction does occur for some people.” This contrasts with research on converts to Christianity, which suggested a more straightforward picture in which most people showed improvements in psychological symptoms. “The process of faith exit should not be regarded as psychologically similar to or merely a reversal of religious conversion,” the researchers said.

The data also allowed the researchers to look for psychological differences at the start of the study among those who subsequently lost their faith as compared with those who stayed in the same religion. Those participants who exited their religion were more likely to start out scoring lower on emotional stability, to be less trusting of others, and they tended to place less value on conformity, tradition and benevolence, and more value on self-direction, hedonism and the pursuit of power.

It will be up to future research to see if these findings replicate with people exiting other religions in other cultures. The researchers added that “future research with a longer time frame should address questions such as how long the change in psychological symptoms would last and whether they are only transitory for some people.”