LA Times: The doc ‘Wild Wild Country’ is a twisty tale of sex, scandal and a controversial guru 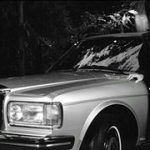 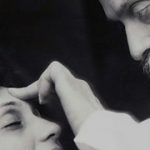 “Wild Wild Country,” a highly pleasurable new documentary series premiering …[March 23rd]… on Netflix, is a dippy tale of the early 1980s in which East meets West and, out of an attempt to build a paradise, all hell breaks loose.”

“Directed by brothers Chapman and Maclain Way (“The Battered Bastards of Baseball”), its focus is a dimly remembered but in its time nationally newsworthy, religious group — or sex cult, depending on your point of view — led by Indian mystic Bhagwan Shree Rajneesh and the city they set out to build on a remote patch of Oregon.”

“It’s a story of enemies and neighbors, of power plays and paranoia that includes, among other things, attempted murder, arson, electioneering, bioterrorism by fast food, nude sunbathing, the separation of church and state, 10,000 cassette tapes and 93 Rolls-Royces, one of which the guru would daily drive past his admirers.”